I need a good meal! Oh kale wrap, where are you? I had lunch today at a place I had imagined would provide said good meal, but nope. What I got instead was a tiny portion of a zero-flavor brothy squash mix on a bed of uncooked rice. Oh, also included was a very large bill (blowing my entire day’s food rationing money). What the heck? It’s these kinds of places that give vegans a bad name. Uh oh, I’m fussing again. Okay, here is something good about the restaurant: I saw this quote on the wall: Grow with the flow.

The morning started off great with an exciting laundry adventure. I found one launderette near the hotel, a tiny, dirty place that would not accept large bills. The second place I found was slightly larger and slightly less dirty, but it featured a disheveled man who spoke loudly to no one I could see. I asked for his help, but he was not feeling generous today, and eventually I thought perhaps the best plan was to leave. So, I went to the door to do that. But wait, how do you open the door? I pushed and pulled and tried to slide it. I smashed any buttons I found nearby. Loud Talker to No One was relishing my situation and had no intention of ending his glee at my inability to get out the door. Here I was, a well-educated person stuck inside a French launderette with a possibly unstable person, but a person who was nonetheless probably able to open the door. Eventually, I did figure it out, of course, otherwise I would not be here writing. It was a good lesson in realizing we all have different skills.

Next I searched for laundry soap. But wait, of all the boxes and bottles on the shelf, which was for laundry? Eventually, I sorted that out, and returned to the original tiny dirty launderette, which now also included a menacingly barking dog on the other side of a thin door. But wait! How to pay and get the washer going? There’s no coin slot! Using a mysterious laundromat was not one of my french lessons! Yes I did eventually get my laundry done, and the cool part I had hoped would happen was that I made friends with the men working on the road outside the launderette. They were super sweet and concerned about me getting in and out, even though I did not actually want to leave the place; I just wanted to hide from the cruel French world. One man, quite possibly the calmest road worker ever, began trying to talk to me. He speaks Arabic, and when I said the few Arabic words I know, a friendship was born! Who’d a thunk it? I knew something cool would happen. Au revoir, madame! they all called when I left.

After the laundry escapade I eventually regained my courage to go out in the world, and I started cruising town. At one point I noticed a woman taking a photo of a scene I would have missed. Over the next half hour, we kept finding ourselves taking the same picture, and we began talking. One of her questions for me: are you German? Once again I was thrilled at not being an obvious American. When she did learn I was from the US, our photography conversation ended and she went off on Trump.

Okay, enough blabbing. I spent the rest of the day wandering around Toulouse, visiting its landmarks and back streets (and now I know why parts of NOLA are called the French Quarter). This is not the trip I expected, but it’s all good. Here are some photos. 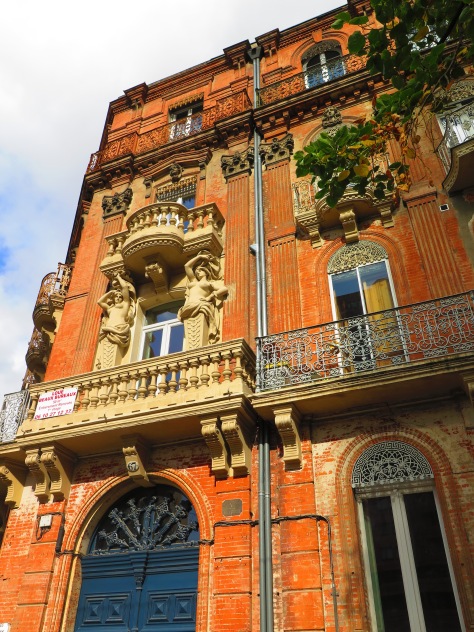 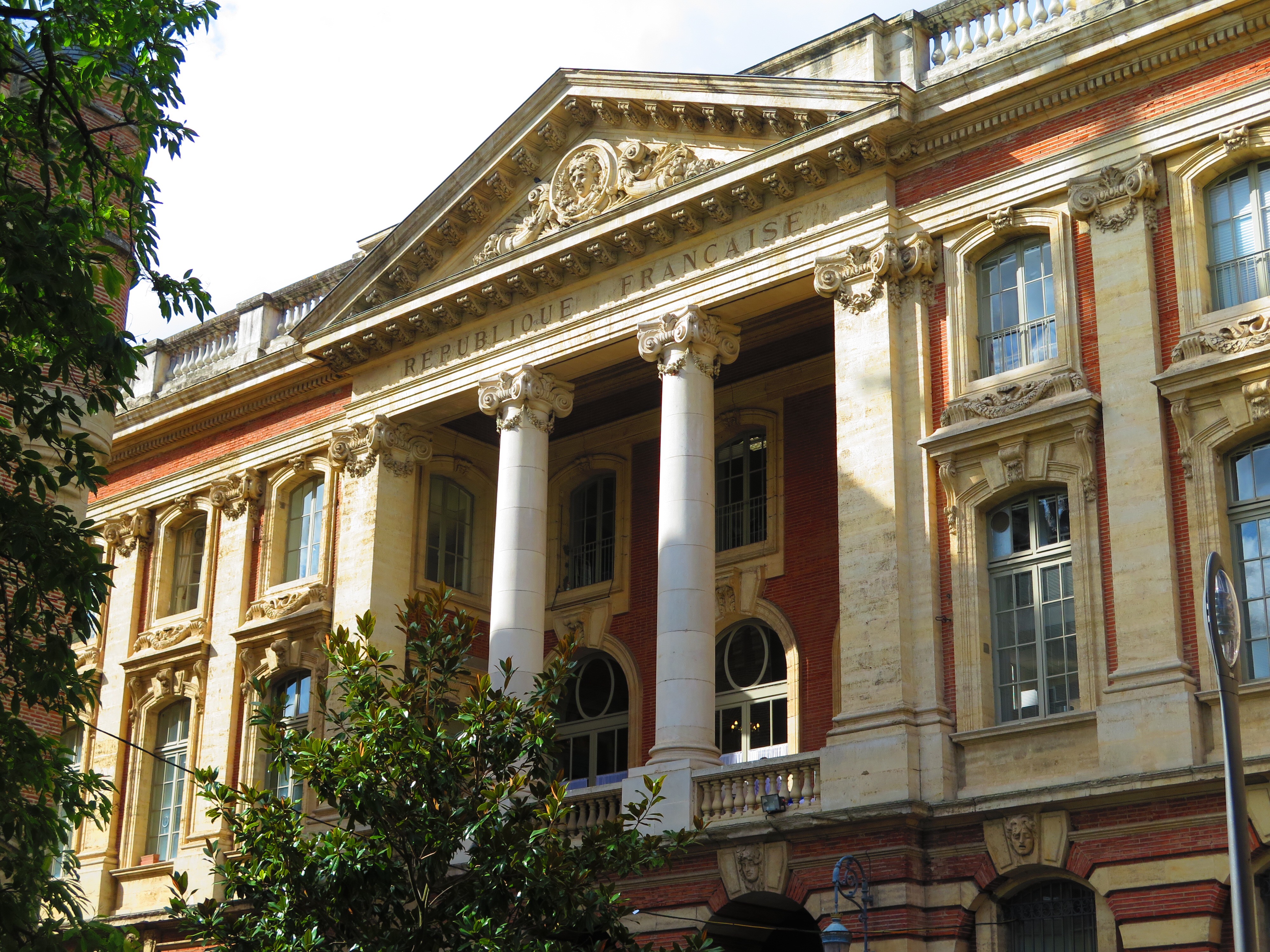 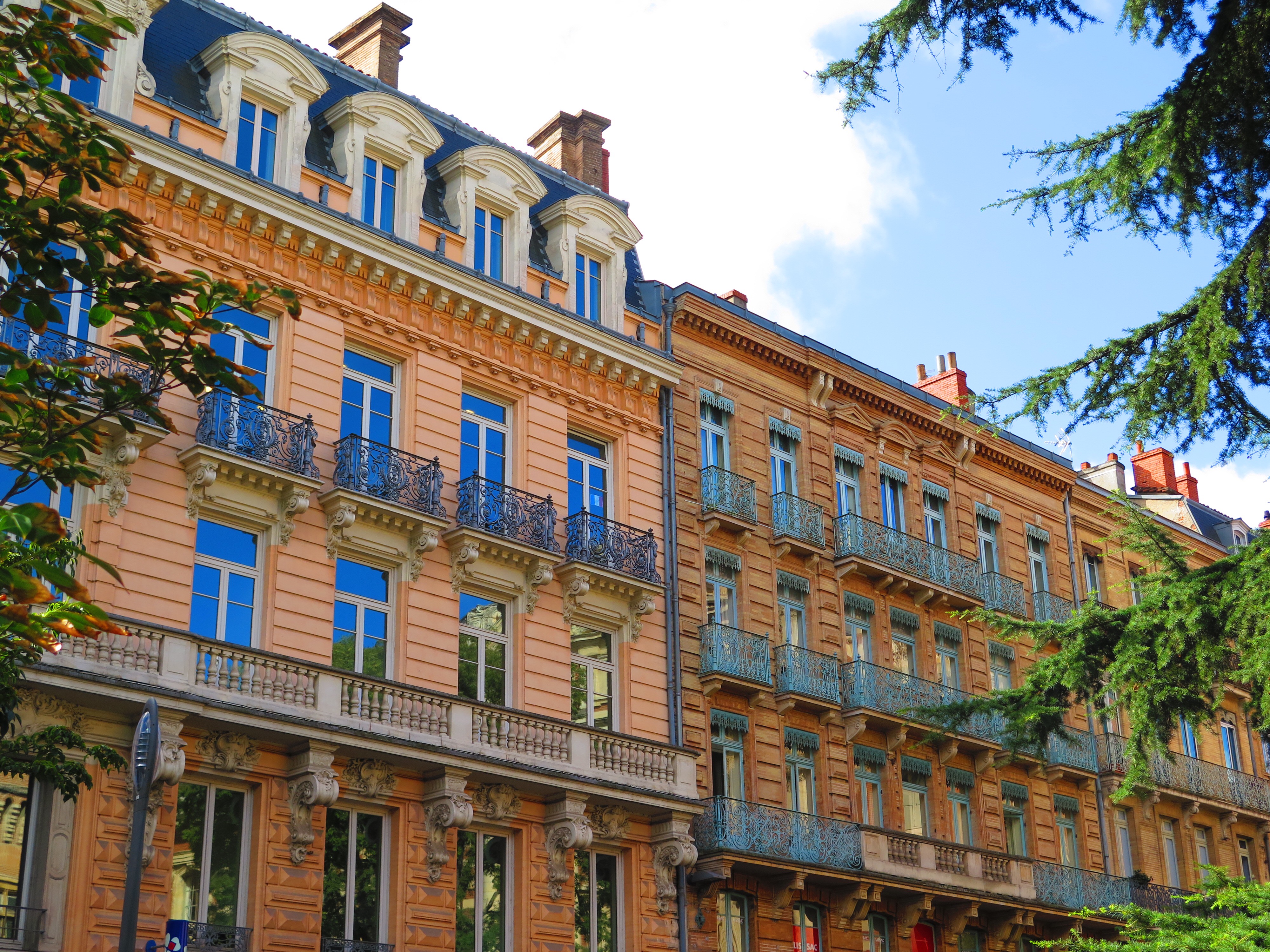 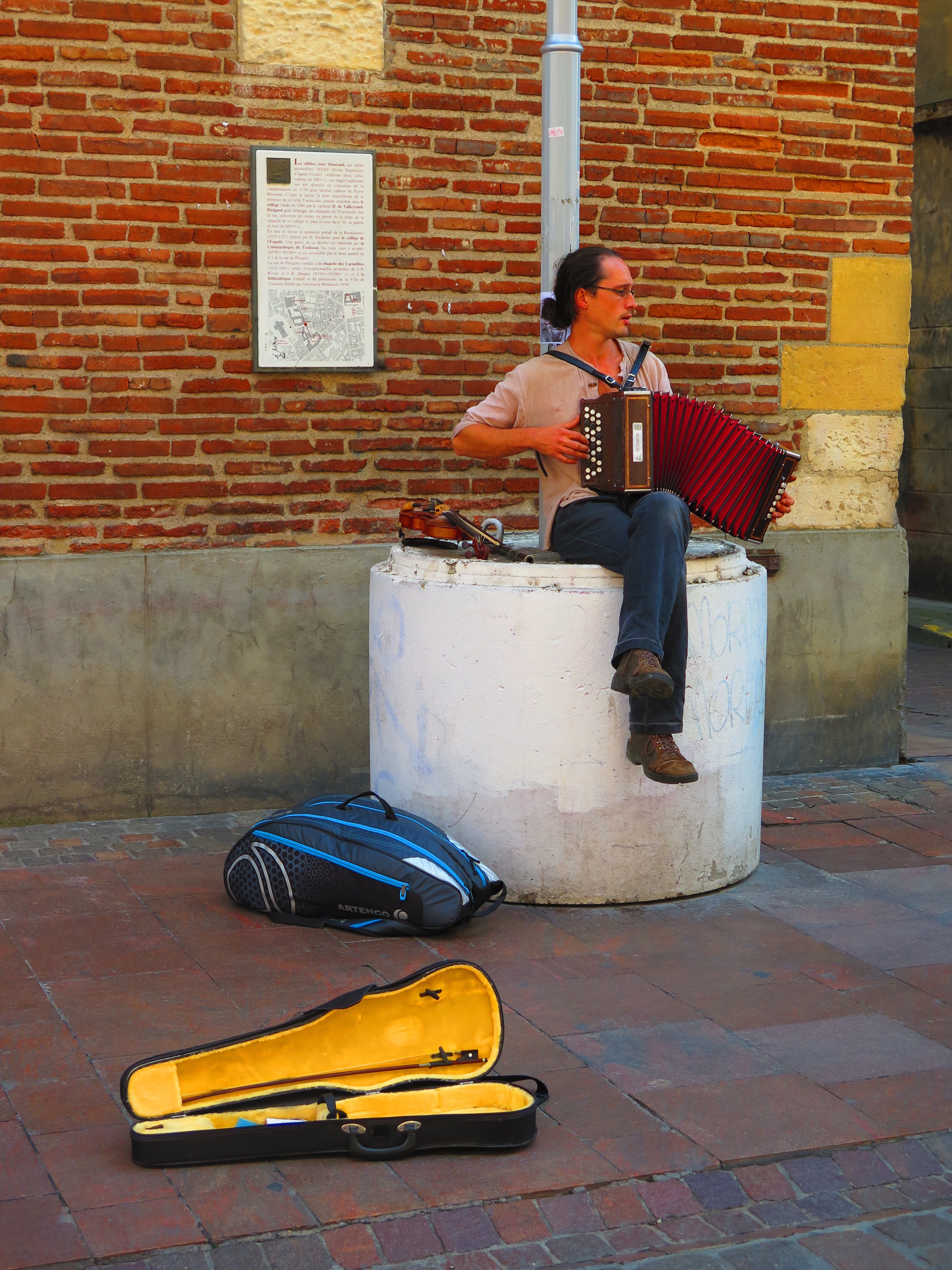 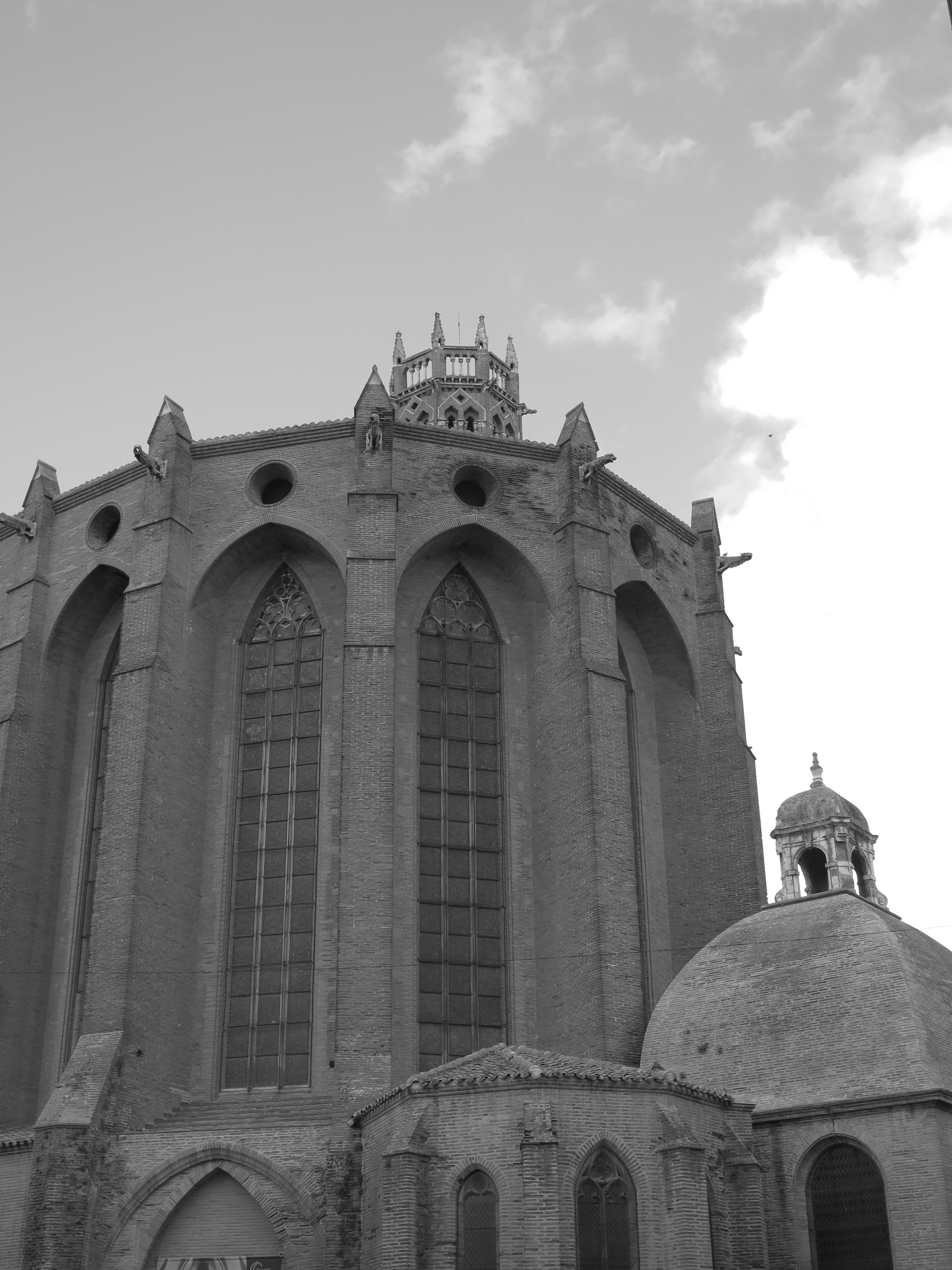 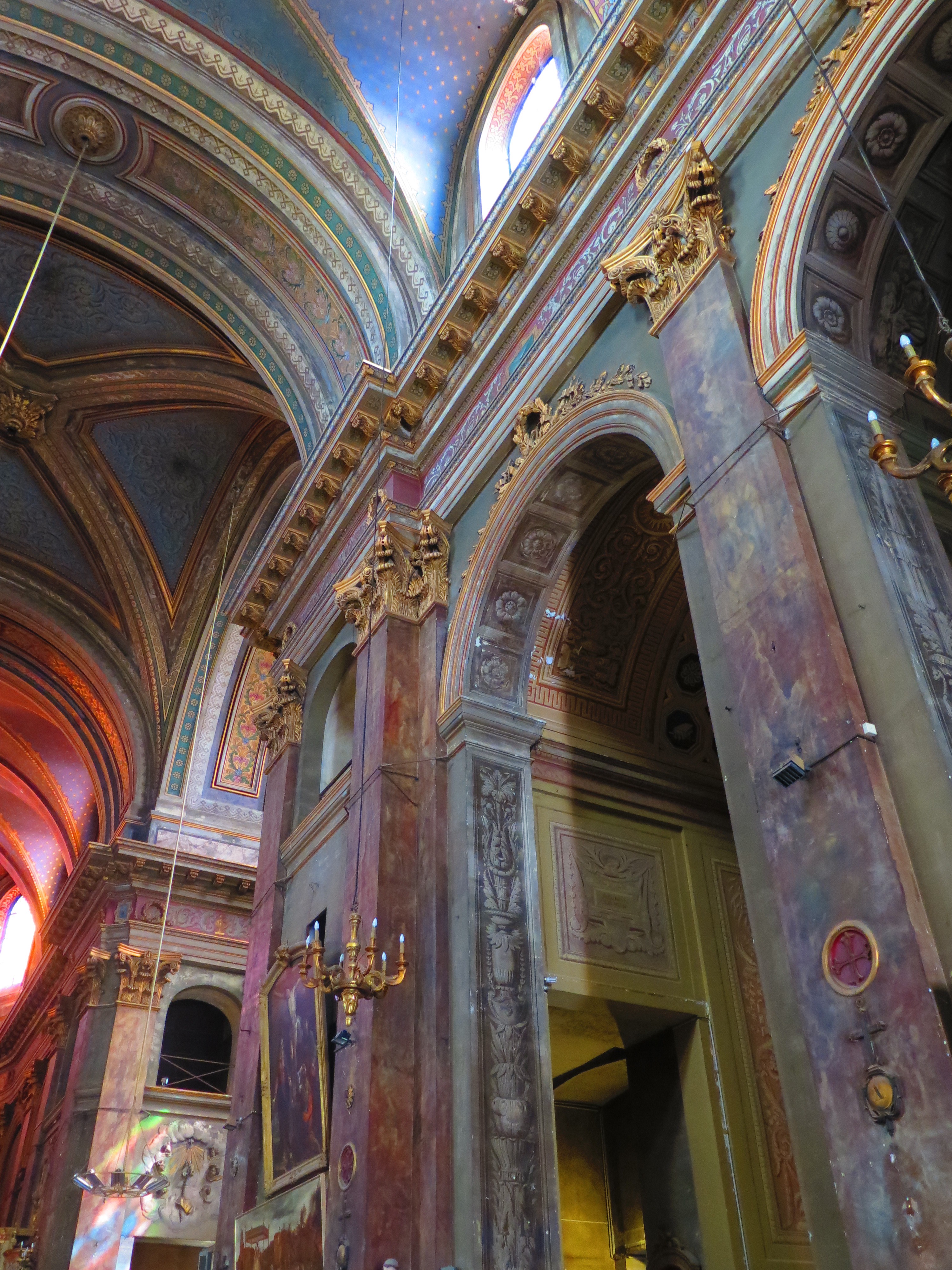 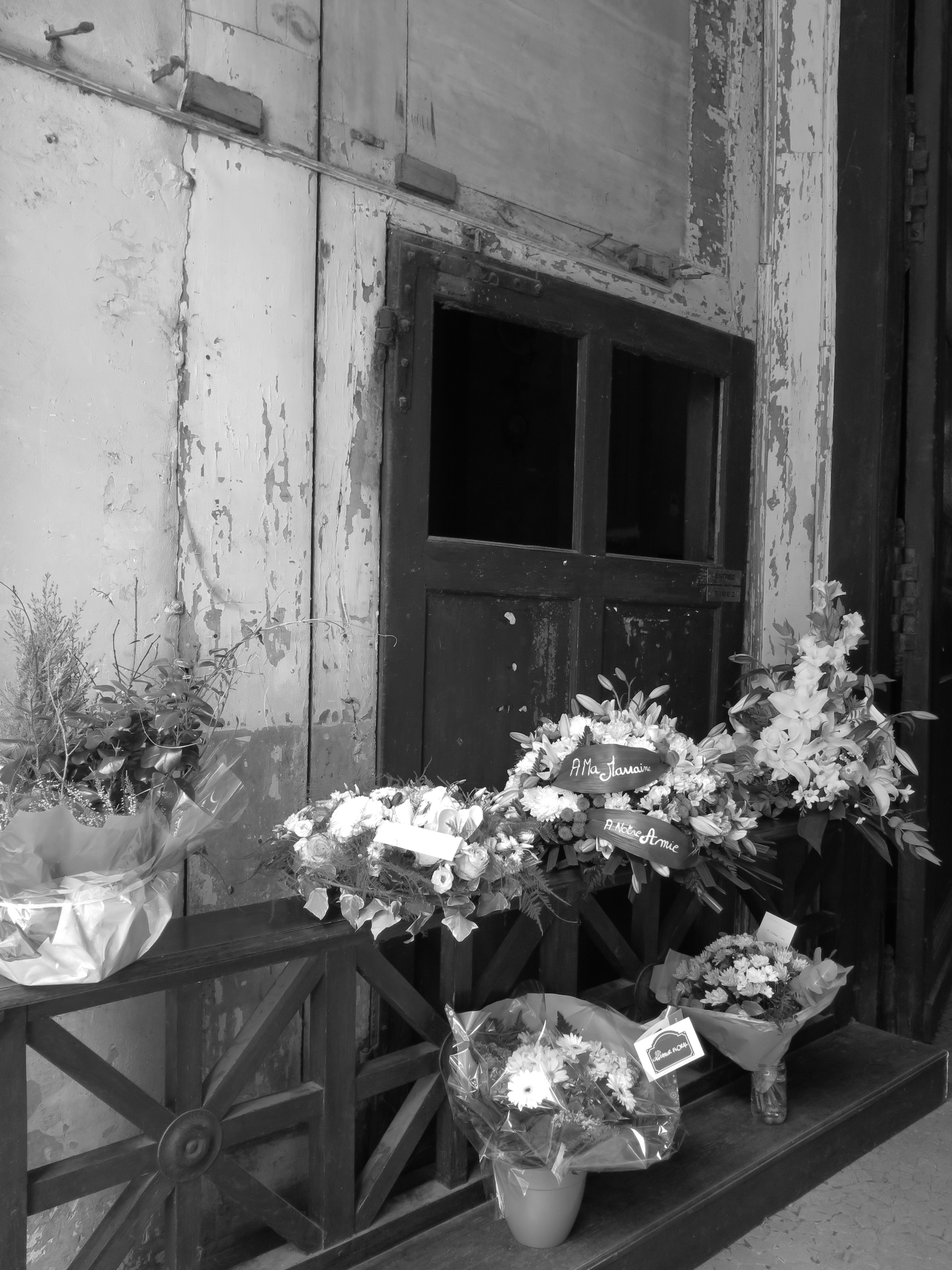 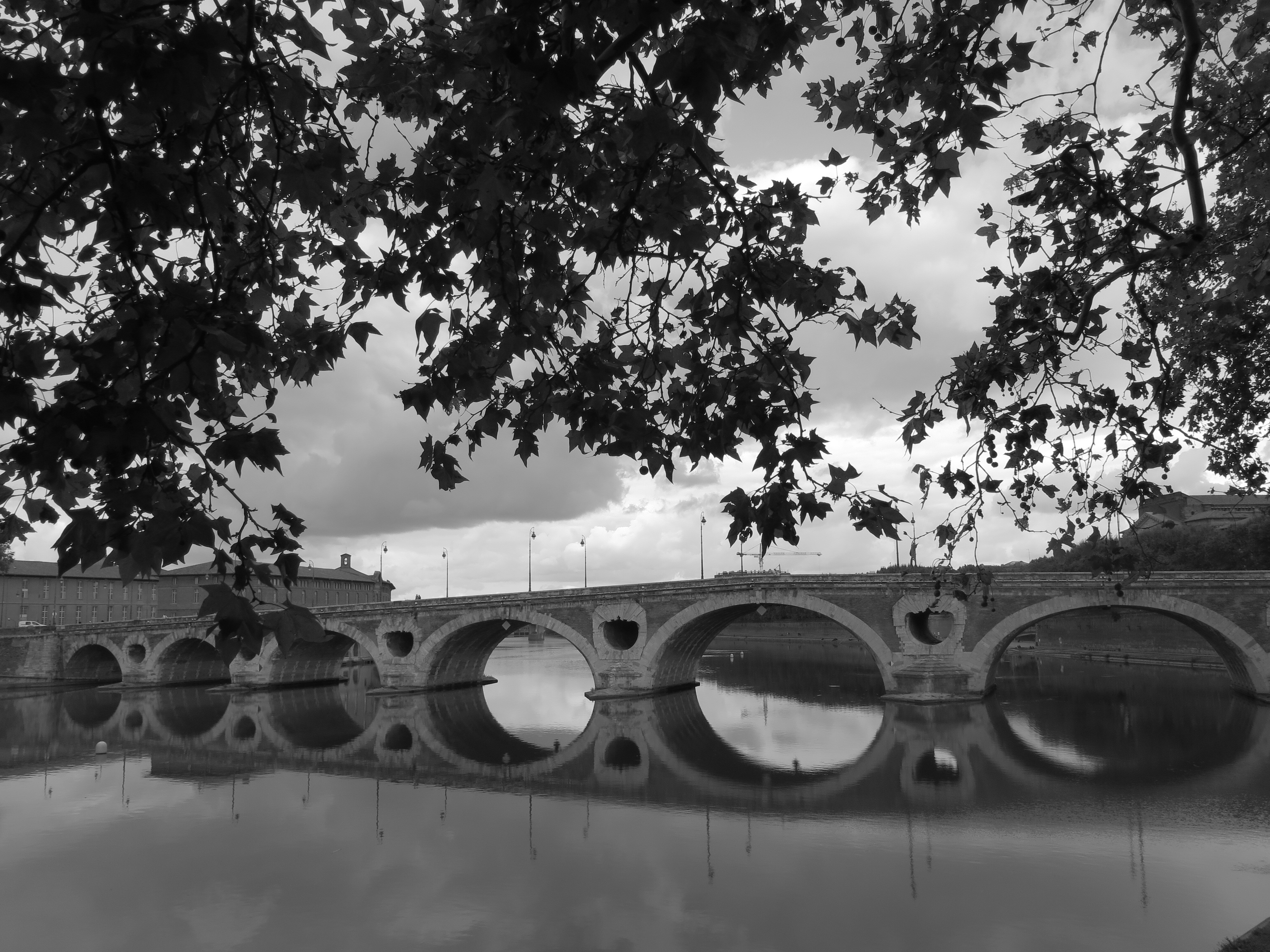 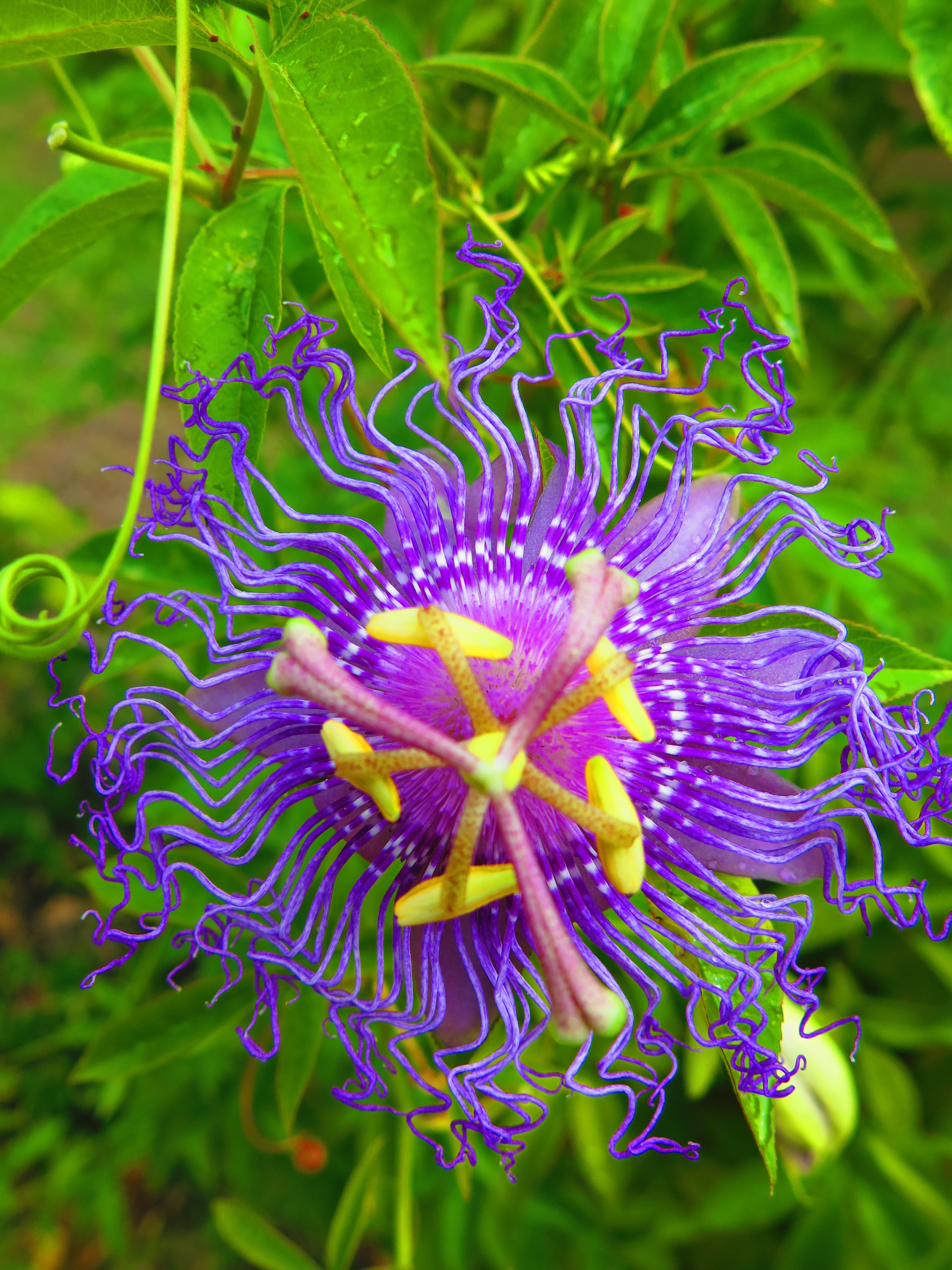 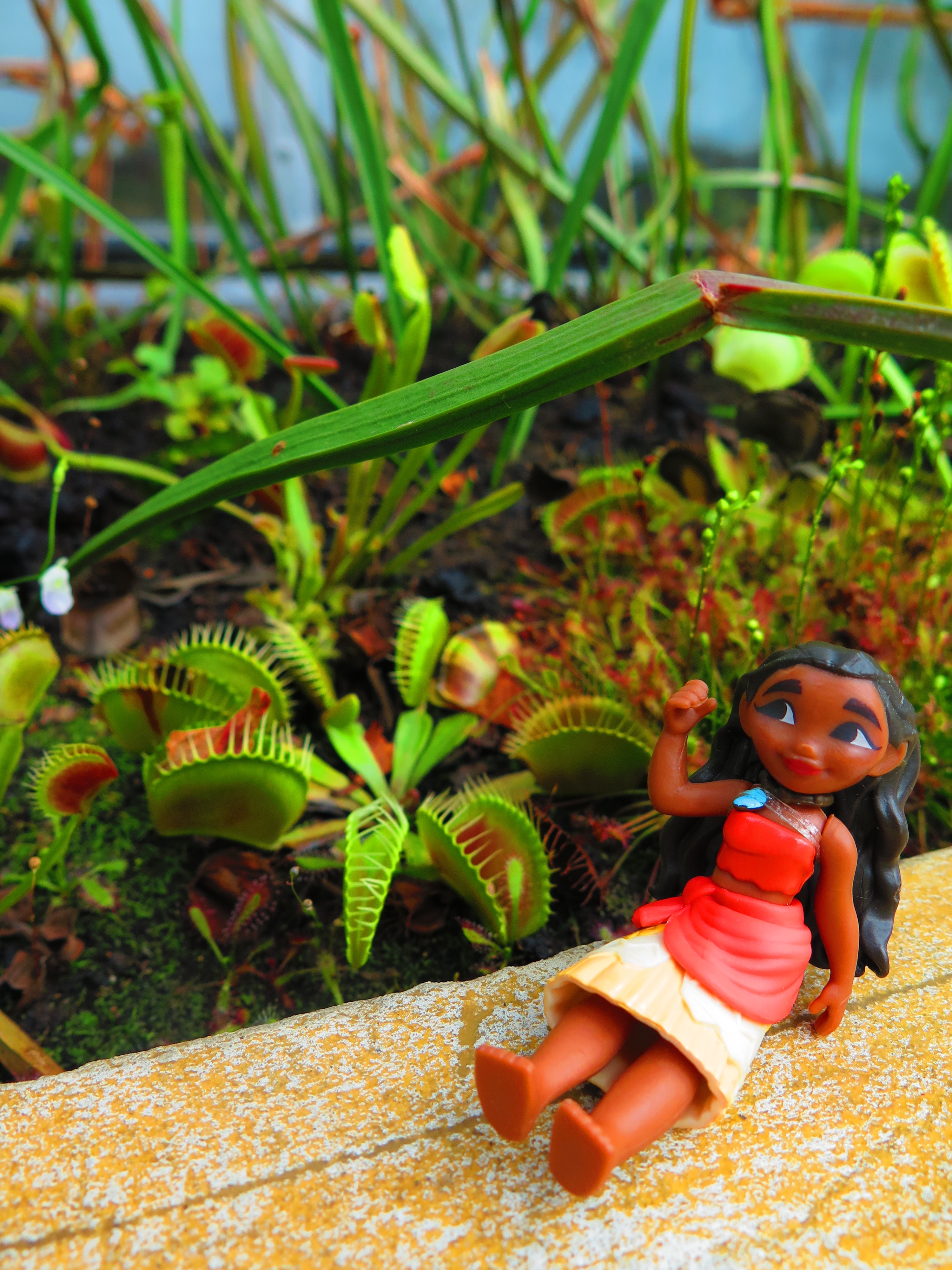 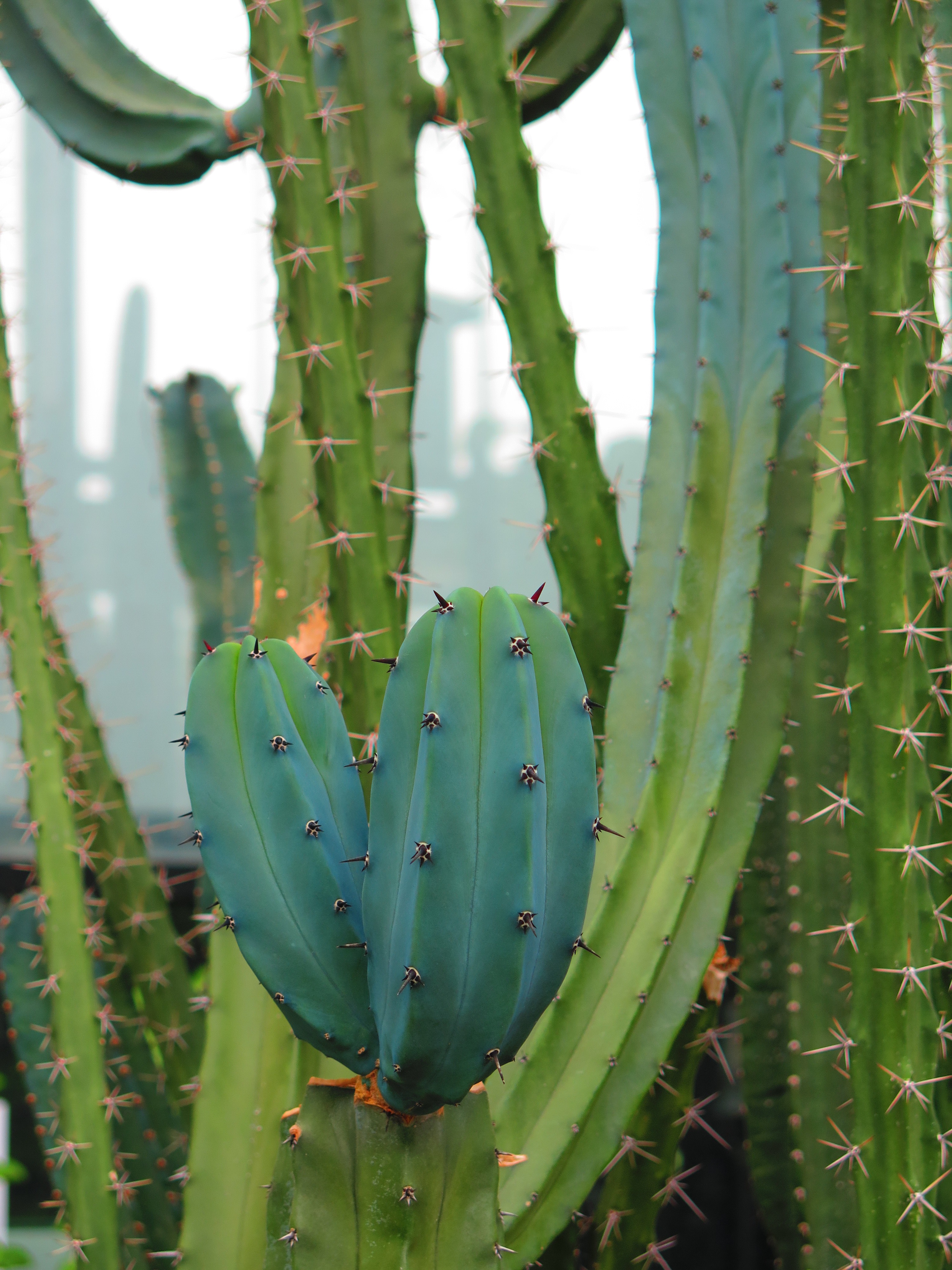